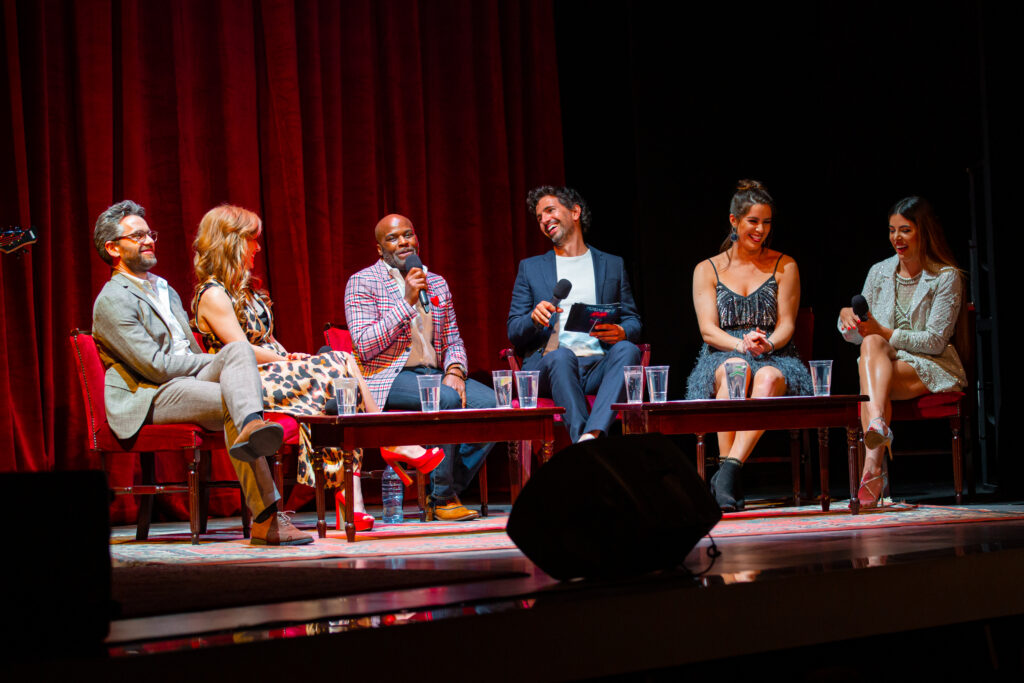 Live theatre’s back! After the year we’ve had, it certainly feels good to type those words. Even watching online, the buzz and glee was palpable from the audience and the performers. As an overture for all that we’ve missed and all that’s to come, Monday Night at the Apollo definitely sets the mood.

All in aid of Acting for Others, a theatrical charity organisation, Monday Night at the Apollo marks the first of three live and live-streamed intimate concerts from the Apollo Theatre. This one featured a stellar cast of Aimie Atkinson, Lucie Jones, Cedric Neal, Julian Ovendon, and Cassidy Janson, with Greg Barnett on hosting duties letting the performers share anecdotes and stories between songs – as well as plugging their upcoming projects, of course.

It all made for a lovely laid-back evening – the cast seemed to be totally relaxed and having a great time, which made it easy and enjoyable to hear them tell you about their lives as if they would a friend, although Barnett seemed a little uncomfortable at times in his role, as though he didn’t always know what to say in response to what someone was sharing.

However, you don’t come to a concert for the conversation, and the songs certainly don’t disappoint. Played with aplomb by the four-piece band, the setlist opens with each actor performing a song of their choosing, which subsequently leaves it feeling very ballad-heavy, but after that there’s a great variety on offer. Atkinson gives phenomenal performances of ‘Don’t Rain on My Parade’ and ‘Rolling in the Deep’ with her astonishing voice, there are magnificent duets in the form of ‘All the Wasted Time’ (Ovendon and Janson) and ‘Don’t Worry ‘Bout a Thing’ (Jones and Neal), and a host of other powerful solos such as ‘So You Wanted to See the Wizard’ and ‘Hold Me in Your Heart’ from Neal (hip-shaking and tear-jerking respectively) and ‘She Used to Be Mine’ from Jones – a particular favourite since she brought all the gravitas from her time in Waitress into her performance here. The closing number, a rendition of ‘Somewhere Over the Rainbow’ with gorgeous three-part harmonies from Atkinson, Jones, and Janson, is also absolutely beautiful.

Monday Night at the Apollo isn’t quite perfect, with its slow opening and slightly stilted hosting, but it’s live theatre with a live audience and if you’ve missed that as much as I have then all the great parts will gloriously shine through and you’ll be left helplessly beaming.

Reviewed by Ryan this year: 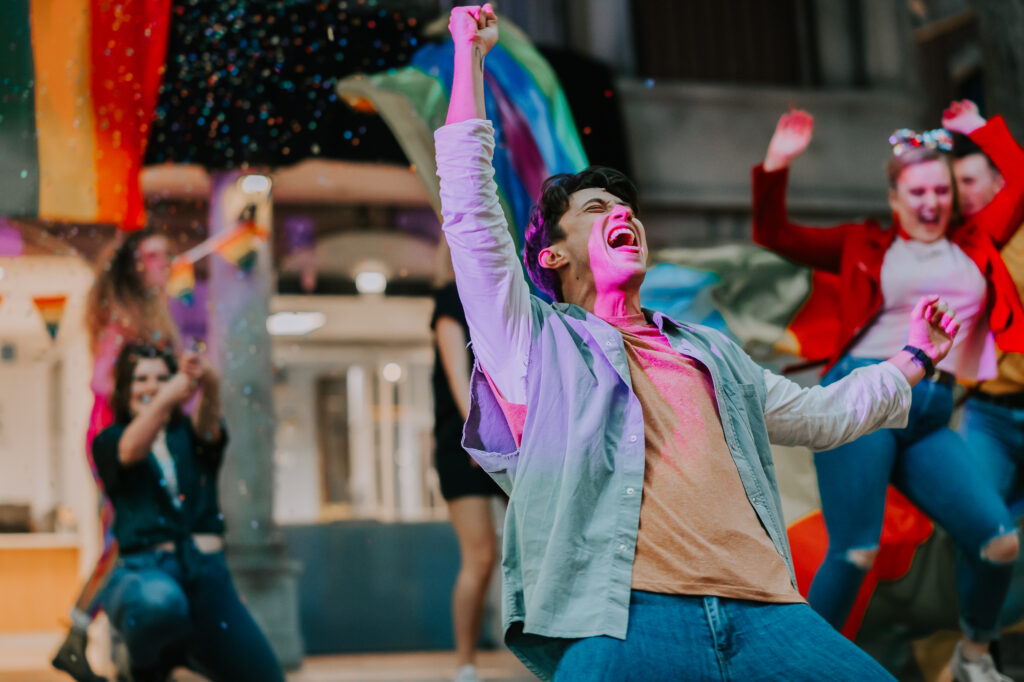 Song cycles often have a sense of purity about them. Unrestrained by trivialities such as plot or character arcs, they’re a platform for composers, lyricists, and performers to put their talents centre stage with a diverse range of songs framed around a loose connective theme. It’s a compelling and proven format, and can launch careers if done well – see Jason Robert Brown’s Songs for a New World, for example. In Pieces, however, doesn’t quite manage to hit the mark.

Assembled from songs by Joey Contreras and directed by Louis Rayneau, In Pieces is a musical film from Future Spotlight Productions, focusing on the pieces that make up the love lives of eight unconnected New Yorkers (and their dance ensemble). The songs explore typical romantic moments such as crushes, first kisses, and wistful run-ins with ex-partners using the pop-heavy anthemic musical theatre style that Pasek & Paul have dominated new musicals with through the likes of Dear Evan Hansen and The Greatest Showman. Unfortunately, In Pieces suffers from all of Contreras’ songs sounding like this.

With every song being so similar in style, length, and subject matter, it causes the show to tonally flatline and brings the pace down to a crawl. Contreras’ music is certainly easy on the ear, but there are only so many ballads on wanting to be loved you can hear in a row. There are some standouts, however: Jordan Luke Gage brings some earthy angst with This is Not Me, Beccy Lane delivers poignant storytelling with Another New York Love Story, and Hiba Elchikhe and Luke Street ratchet up the tempo with I Could Fall. The opening and closing songs, which feature the whole cast, give the opportunity for some absolutely gorgeous harmonies and make you wish there were more group numbers outside of those bookends. All the cast are on top form vocally, particularly Kyle Birch, who constantly impresses without ever coming off as showy.

There’s also some great choreography on offer from Rachel Sargent, especially in numbers such as First Sign of Forever where it’s utilised for some really sweet storytelling. Other times, the use of the dance ensemble feels underthought, or neglected by the cinematography. The filming took place in Kidzania, a child-scaled indoor city in London, presumably to try to evoke New York, but it unfortunately makes the set look somewhat tacky and amateurish.

It’s clear that In Pieces was made with the best intentions: everyone commits 100% to the material, and it’s great to see the unabashed queer representation and celebration on display. However, the songs are so samey that it takes away any sort of specificity or distinction from the show’s voice, and as a result In Pieces struggles to engage.

Online via stream.theatre until 26th April

Reviewed by Ethan this year: