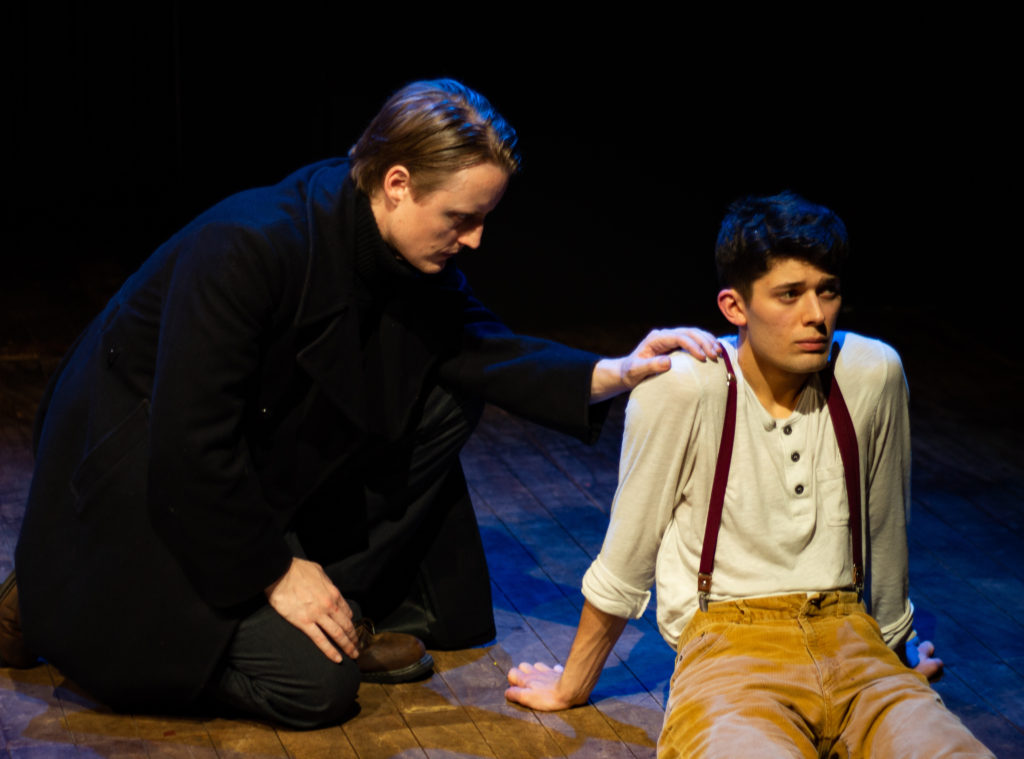 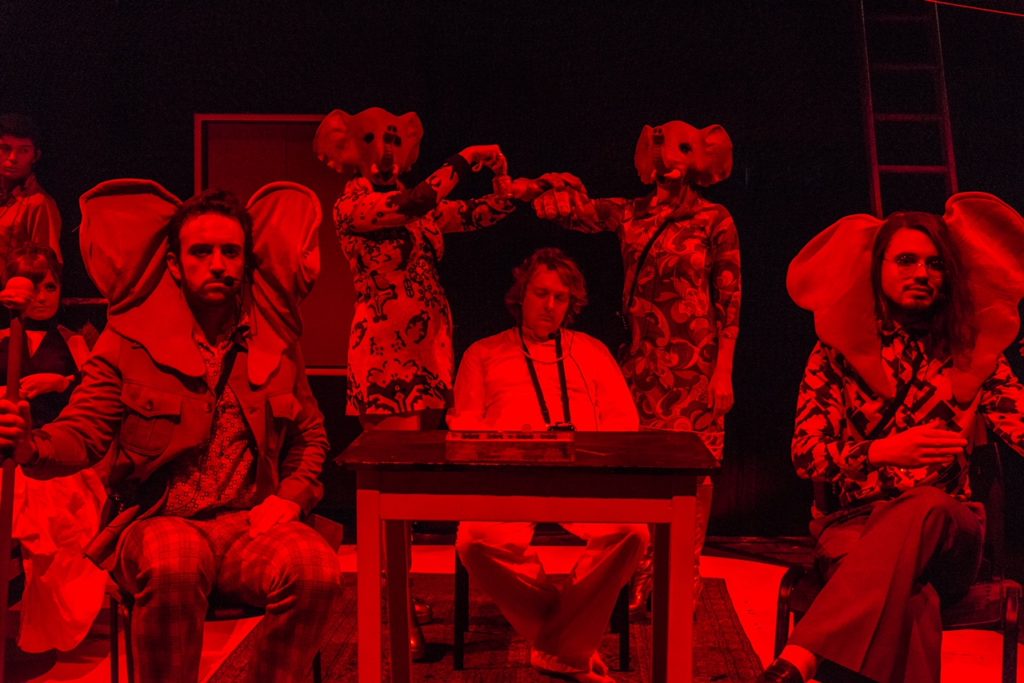 “Kennedy has created something quite spectacular. His directorial decisions are often as surreal as the source material.”

Grimeborn is the annual East London opera festival which coincides with the world-famous Glyndebourne Festival. Founded by Mehmet Ergen in 2007, the festival held at the Arcola Theatre is considered a dynamic alternative to the traditional ‘summer season’. And, try as you might, I’m pretty sure you can’t get more ‘alternative’ than “Elephant Steps”. Written fifty years ago by Grammy winning and Tony nominated composer Stanley Silverman and American avant garde pioneer Richard Foreman, this show still feels outlandishly experimental.

Aptly subtitled ‘A Fearful Radio Show’, it is like randomly turning the dial of an old transistor radio. An eclectic (aka ‘chaotic’) cruise through a mix of renaissance, ragtime and rock; picking up on its way scraps of madrigal, tribal and incidental; a pinch of electronica and a nod to the Beatles and Bernstein. Oh, and Stockhausen, Kirchner, John Cage and Frank Zappa and… you get the idea.

The plot is as strange as the music. I’m often sceptical about programme notes that try to shape an audience’s interpretation of the show, but in this case, director Patrick Kennedy’s advice is spot on: “don’t try to understand”. At just over an hour long, it is as futile to waste time working out what is going on as it is to attempt to interpret dreams. The trick is to enjoy the limitless possibilities. And with his top-notch cast of eight blending the beauty of opera with the grit of rock, supported by a ten-piece band playing twice that number of instruments; Kennedy has created something quite spectacular. His directorial decisions are often as surreal as the source material. But like the source material, there is no real theme throughout – musically and textually. Without a solid frame, it is all too easy to lose focus, and interest. The score shifts from harmony to discord in a beat; from the relative accessibility of the pop and rock numbers to the atonal dissonance of the more unusual songs. And in between is the whole gamut of modern music.

Perhaps there is too much variety. It is very much a lucky dip, but if you keep turning the radio dial you will undoubtedly come across a station that appeals to your taste. This is a show that is in equal parts genius yet maddening too. It requires a stretch of the imagination but stretches your patience. It is exhilarating and powerful, but underlying it is a whiff of ‘the emperor’s new clothes’ and we occasionally wonder if we are being taken for a ride. Perhaps the cacophony of thoughts it leaves you with is intentional. Whatever the answer, and I suspect there is none, it is a quite unmissable production. Especially as each performance in this all too short run at the Arcola is followed by the chance to meet the composer Stanley Silverman in person.