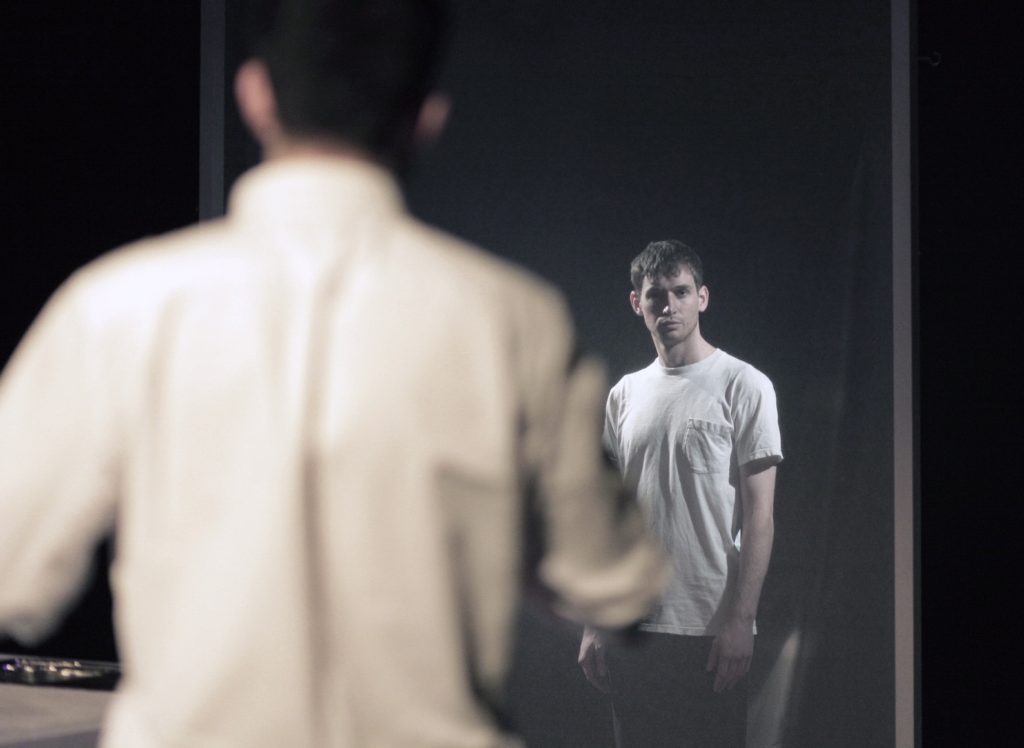 The Interpretation of Dreams

“unfortunately, it left some a little baffled and others perhaps clapping along in the hope that they had ‘got’ the play”

It’s difficult to like a play you don’t understand, it’s even harder when the play doesn’t want to be understood. The Interpretation of Dreams by Monkhead theatre, at the Bunker Theatre, is a cryptic collection of five short pieces based on the Sigmund Freud’s seminal work: The Interpretation of Dreams. The work has been put together in a week by a group of young actors, directors and writers, and reflects their commitment to interesting, tight but befuddling theatre.

Three of the four storylines (making up four of the five pieces) sit comfortably against one another as dreamlike sequences exploring what a dream can mean and should mean and how those dreams can interact with our waking life. The final piece had a lot to say about consumerism and how ideas are captured and bottled, but it so much an appendix that it just confused matters further. The pieces are interspersed with thought-provoking and interesting audiovisual content from Josh Field; carrying an unsettling and disjunctive tone that leaves the audience in a dream-like state without labouring the analogy. A helpful image from the source material of repressed memory as an unruly audience member helps guide the audience into what is otherwise a relatively unclear play.

The set and lighting work well and with each piece set in the same white bourgeois kitchen, it gives them that perfect sense of disconnection from space – deepening the sense that we are right now in a dream. The lighting is congruent and creative if not original with handheld torches being used as much as the house lighting.

‘Clever’ plays don’t lend themselves to kind reviews, and this was a ‘clever’ play – in fact, it was oddly self-aware that some audience members really weren’t getting what was going on. At times the jerky physical theatre and unclear script felt like it was confusing in the hope that this would be interpreted as deep, which left this audience member feeling deeply ignorant. There was a wonderfully poignant representation of anxiety in Would You Let a Stranger Wake You Up? but this was set against the confusing movement which left you thinking that Frued’s work was less inspiration and more required reading.

The quality of acting was genuinely good across the board and stood out in Irma’s Injection in particular. Joshua Jacob (Josh) was noticeable for his enjoyment and energy in a part that would have been boringly cryptic without it.

What this play had in thoughtfulness it lacked in clarity. Perhaps this was an attempt to mirror the source material or caused by an authentic unwillingness to dictate to the audience. Though unfortunately, it left some a little baffled and others perhaps clapping along in the hope that they had ‘got’ the play. Maybe one day these words right now will be mocked by scholars who get to the bottom of the play, but for now, it’s impossible to truly enjoy a show which you can’t break the encryption of.

The Interpretation of Dreams