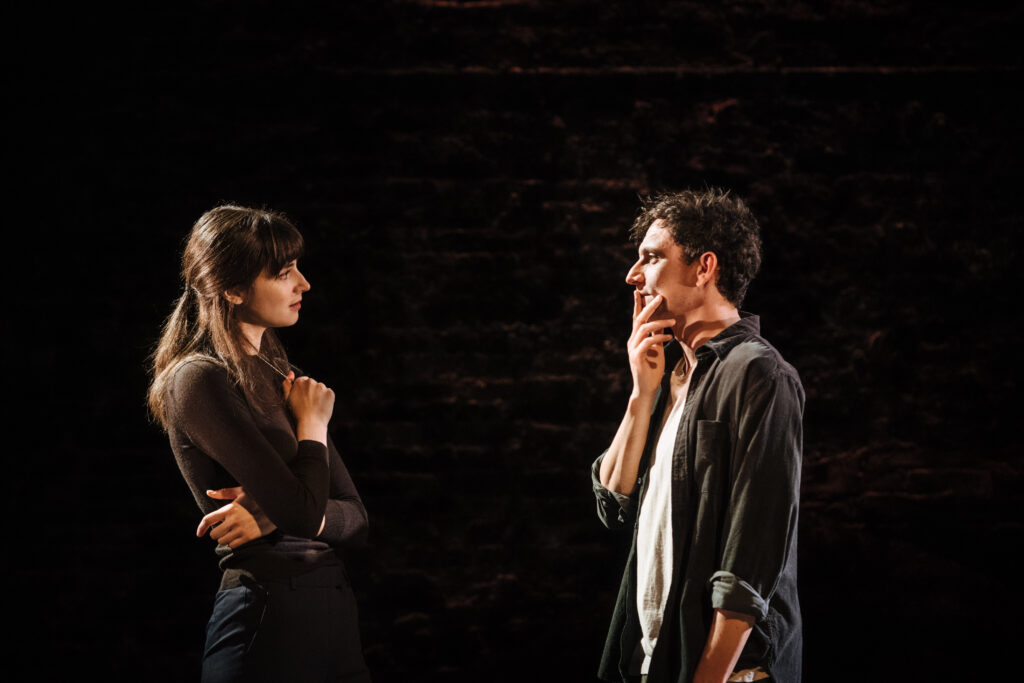 Love and Other Acts of Violence

Cordelia Lynn’s new play, Love and Other Acts of Violence, is an unsettling look into how intimate relationships can be haunted by the past. In Lynn’s hands, it’s a clever premise. It’s multi-layered, complex—and yet, predictable in its unraveling. It looks back into the past and—just as unsettling—suggests a bleak future which, at this time of writing, doesn’t seem all that impossible. It is a timely reminder how quickly educated, civilized communities can be destroyed in a moment, if malign forces converge to set them against one another and tear them apart. Even more heartbreaking are the fates of the people caught in the middle. People just trying to live their own lives, to be true to their own cultural values, and not get drawn into fights that mean nothing to them.

It helps, then, to see the contemporary relationship between a Jewish physicist/Her and a poet of Polish descent/Him in this play as—broadly speaking—a series of echoes from the past that destroyed Her’s family in 1918 in what had just become Poland. We don’t learn the details of this past tragedy until the lengthy epilogue of the play, but Lynn sets about creating the inevitable revelations from the very first encounter between this ill-matched pair. He’s the idealistic firebrand at a party, invading her space as he rants passionately about poorly paid workers at the university where she is a graduate student. He notes with disdain the nice flat that he has snooped around during the party, and makes some unflattering comments about the likely owner. It turns out that it belongs to Her, the woman he is trying so hard to impress. Luckily for Him, and not so luckily for Her, she’s also kind, sensitive and intelligent, willing to forgive. This dynamic sets up the encounters that follow, becoming more intense, and violent, as the pair become lovers, then partners. The audience can only wonder why she doesn’t walk away. It’s painful to watch. And that is the point.

If we expect Lynn to stop there, however, Love and Other Acts of Violence has a couple more surprises for us. The first is a trip to a harrowingly imagined future, as the couple’s relationship deteriorates. At every point, the relationship echoes the slow, but insidious erosion of civil rights in the world around them, and hints of civil war. And then, in a magnificent moment, a coup de théâtre indeed, Basia Bińkowska’s bleak set converts from a bare space in the twenty-first century British Isles, to a meticulously detailed room in twentieth century L’viv (also Lwów, or Lemberg). In the epilogue, we see how events playing out during a struggle between Poles and Ukrainians for a small piece of contested territory sets the stage for the relationship we have just witnessed. Powerful, and tragic, stuff.

The newly refurbished Donmar Warehouse is a good place for a play like this. The austere brickwork and stark lines of the auditorium focus our attention squarely where it should be—on the stage, and the actors. Tom Mothersdale (as Him/Man) has the thankless task of playing the unsympathetic protagonist, and it’s to his credit that he goes for it so unstintingly. It’s easy to sympathize with Abigail Weinstock’s Her, but there’s not much for her to do except to react to His goading in the first part of Love and Other Acts of Violence. Baba (the role she takes on in the epilogue) is in some ways, a more interesting, nuanced role, and Weinstock makes the most of the opportunity. Richard Katz as Tatte is the charming, yet dolefully prescient father in the epilogue, who explains to his daughter why they have not taken the opportunity to escape to America. Director Elayce Ismail’s assured direction holds the play together, and sets the stage for each feature of this production to shine. I’ve mentioned the brilliant set design, but the sound (Richard Hammarton) and lighting (Joshua Pharo) are also noteworthy. And although there is no dramaturgy credit, the programme notes by Professor Michael Berkowitz are an absolutely essential part of understanding how this complex play fits together.

While a play like Love and Other Acts of Violence might not be everyone’s idea of how to spend a Friday night in the theatre, it’s important to remind ourselves that theatre isn’t just about feel good musicals and revivals of the classics. There are times when playwrights have to be the Cassandras of their generation, and fortunately for us, Cordelia Lynn knows how to rise to the challenge. I urge you to see this show. 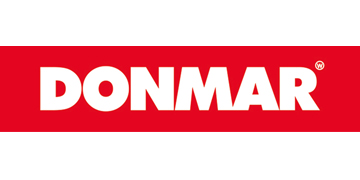 Love and Other Acts of Violence

Previously reviewed this year by Dominica:

‘Mephisto [A Rhapsody]’ is a vital piece of theatre for our times. Everyone needs to see this play. This French text, by Samuel Gallet, adapted from the novel ‘Mephisto’ by German Klaus Mann, effortlessly translated into English by Chris Campbell, has multiple layers of European history behind it, taking an overtly political stance on the contemporary cultural moment. The Gate Theatre has produced a piece that majestically puts its ‘Manifesto For Our Future’ into practice – is this now the most exciting theatre in London?

Gallet’s play follows the trajectory of Mann’s original novel fairly closely, with some crucial alterations. In a fictional provincial town, Balbek Theatre and its company are struggling to find relevance in turbulent political times. The far-right Front Line is on the rise, skirmishes are taking place in migrant camps, pigs-heads are being left outside their front door. Almost oblivious to the looming threat of fascism, company actor Aymeric Dupré (a sensational Leo Bill), all vanity and self-doubt, has his eyes on stardom.

Rather than selling his soul to the Nazi’s though, Gallet’s version of Hendrik Höfgen sells his soul to apathy. He just doesn’t care. When the right-wing actor Michael (a terrifying Rhys Rusbatch) turns against his company members, Aymeric only thinks about himself – and leaves for the capital. His career jets off, but the human, moral cost is clear.

Campbell’s translation is spot on, with contemporary, flowing language whilst keeping the usefully vague geography of the piece. But this production is so much more than the text. A post-interval addition told by Anna-Maria Nabirye (“the only black actor in the show”) interrogates our conceptions of race in theatre, and even the Gate Theatre isn’t left off the hook. One of the startling things about this production is the way it uses a story about actors to provoke theatres, theatre-goers and creatives into political action. We could be apathetic, we could do another Chekhov, or we could try and change the way our audiences think, feel and respond to the world around them. Are they preaching to the converted? Possibly. But how often do you go to theatre and leave actually wanting to DO something?

Basia Binkowska’s design keeps the backstage onstage, with lighting desk and costume rail visible until the surprising and tender ending takes us back in time to Klaus Mann’s hotel room. A golden fun-house mirror makes up the back wall of the stage, offering the audience distorted reflections of themselves and the actors on stage. Kirsty Housley has directed a company where there are no weak links. The action is kept simple, the audience frequently directly addressed, the text divided cleverly between actors/narrators. Housley also uses space masterfully, expansive gaps between characters as well as closeted crowds in ways that make the empty stage seem anything but.

I have slight reservations about the ending of the play, which doesn’t add much to the two hours of theatre before, but it certainly doesn’t detract from the power of this production. ‘Mephisto [A Rhapsody]’ is something special. Radical, bold, political, funny, scary, shocking, moving – a truly transformational night at the theatre.