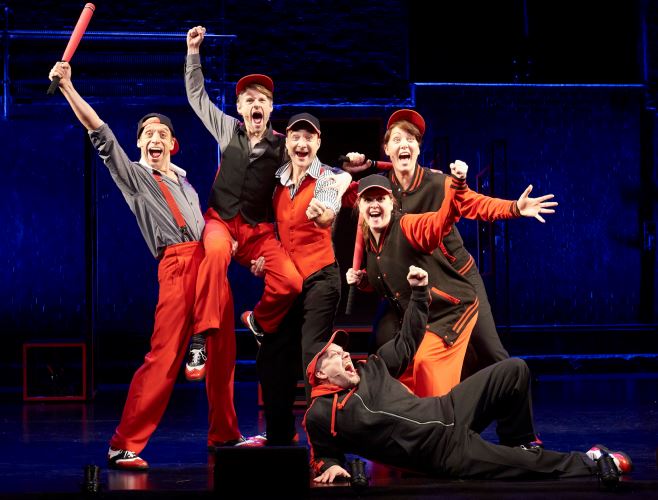 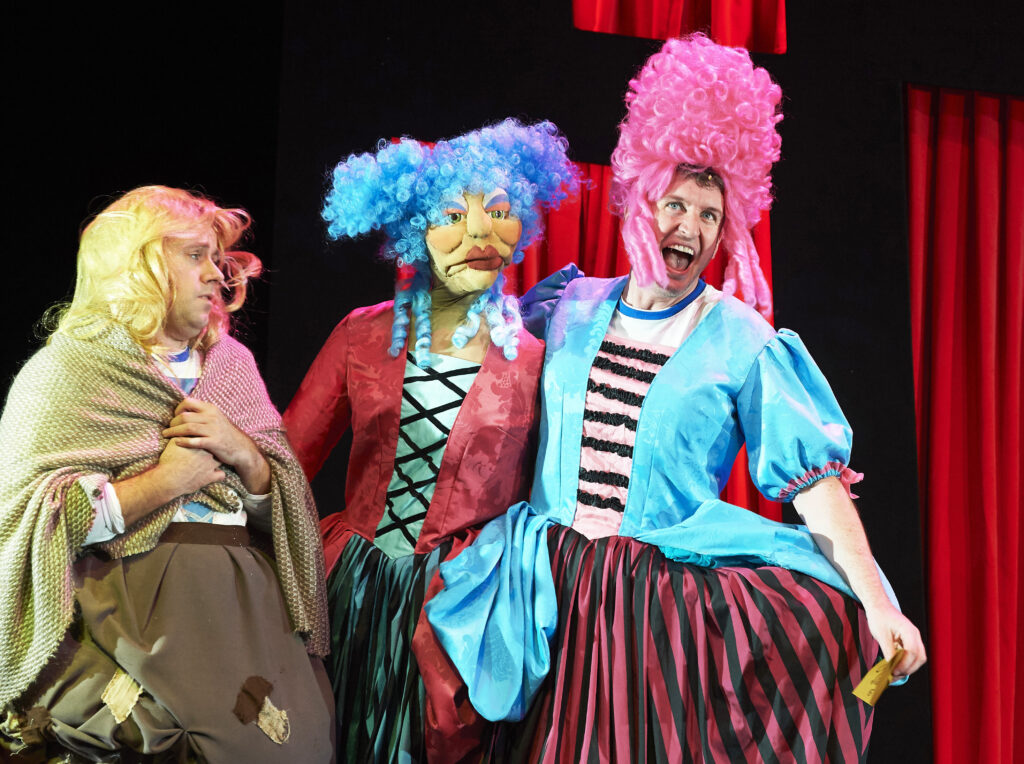 “There are quite a few pandemic jokes, and also pee and vomit jokes for all the boys in the audience—rapturously received”

Potted Panto, written by Daniel Clarkson, Jefferson Turner and Richard Hurst, is up at the Garrick Theatre in London’s West End this year. It premiered at the Edinburgh Fringe in 2010, and then transferred to London’s Vaudeville Theatre to much acclaim. It’s a lively two hander, directed by Hurst and starring Clarkson and Turner, with some additional help from the backstage crew. From the brilliant back and forth banter of the two leading men, to the suggestions of a set and quick change costumes, it is easy to imagine these actors barnstorming any variety show over the last one hundred years or so.

But traditional pantomime, this is not. The COVID-19 pandemic has seen to that. Audience and actor safety means that large casts have been mothballed, and performers socially distanced for the time being. Potted Panto’s small cast means less risk to the actors and audiences, though whether the Garrick Theatre, with its cramped nineteenth century proportions, is the ideal space, remains to be seen. Potted Panto’s approach doesn’t impact the number of characters, however. It keeps the title characters, while adding others in ways that are certainly creative, but distracting. (Abanazar Scrooge?) Prince Charming survives—although he turns up, and turns out, to be the same character whether he’s in Sleeping Beauty, Snow White, Cinderella, or The Christmas Carol.

Panto needs a good plot, however, and Potted Panto’s overarching plot, for all the cleverness of the writing, is slender. It’s basically about two actors who want to do as many pantos as they can in seventy minutes. There’s a lot of comic material deftly presented as Clarkson and Turner go back and forth about what constitutes a genuine panto. (Spoiler alert: Sleeping Beauty counts, the Queen’s Christmas speech does not.) But because there are really only two performers, the actors have to do a lot of work arounds with the stories of the pantos that do make the list. Mostly these consist of exposition, and a lot of physical exercise, particularly on the part of Jefferson Turner, as he rushes on and off stage, changing costumes on the fly.

Potted Panto does have a lot of crowd pleasing moments. Adults, in particular, will enjoy the references to contemporary politics. To Clarkson, Turner and Hurst, Dick Whittington is really about a journalist who becomes Mayor of London and then prime minister, and a dishevelled blond wig is used to marvellous effect. There are quite a few pandemic jokes, and also pee and vomit jokes for all the boys in the audience—rapturously received. Clarkson and Turner are at ease with their audience, even when the response is a bit unexpected. The
actors make the most of opportunities to get audiences on their feet shouting “Oh no, he isn’t” and singing along. The handling of audience participation was particularly inspired as Turner picked on a good sport in the audience to be Prince Charming’s true love, and then just ran with it. (Hint: Cinderella is in for a bit of a shock.)

When all’s said and done with this seasonal offering, Potted Panto is likely to please adults more than the kids. There’s always some adult entertainment in even the most child friendly panto, of course, but Potted Panto edges more in the direction of the grown ups. Enjoy at your own risk.

Previously reviewed at the venue: