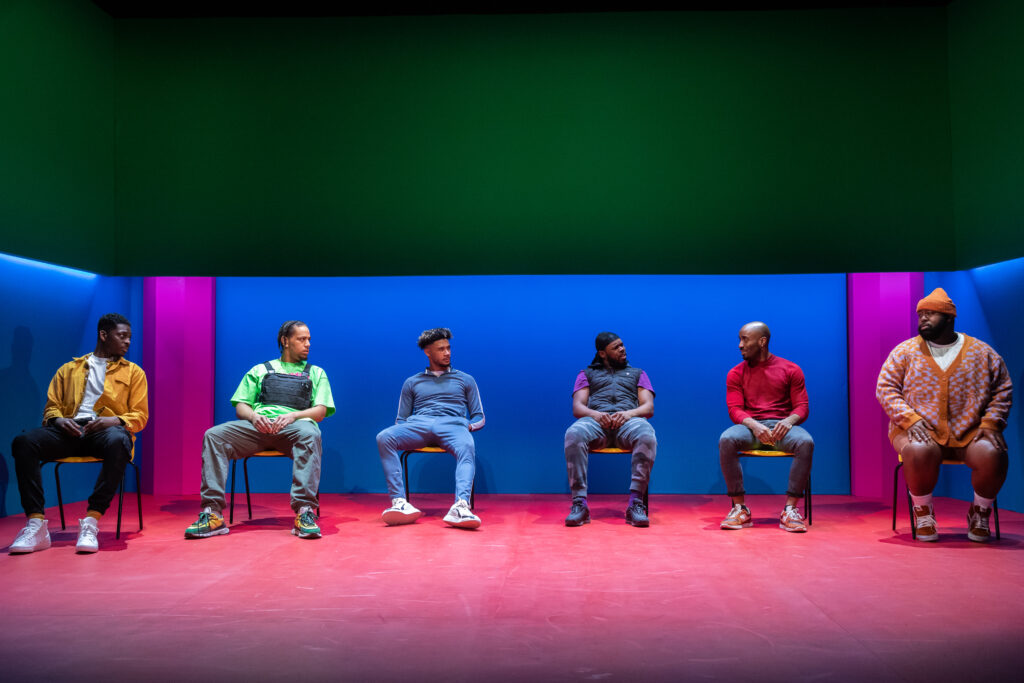 “a special, important piece of writing, and beautifully executed”

This show is not just a bunch of moving parts, gathered together. This is a whole, a collective: the music informs the text informs the design informs the lighting informs the performances. And it all moves in perfect synchronicity.

Taking place in an unidentified safe space, these six Black Boys come from different families, different backgrounds, and yet they all feel the weight of the monolithic ‘Black Man’: A black man doesn’t cry, he doesn’t show any weakness, he doesn’t need love.

Each character has a chance to speak his piece, be that regarding primary or secondary school, paternal relationships, romance, further education, or inescapable violence. And each is received without judgement, without fear of rejection.

Considering it’s an entire play of exposition, you’d think it would get tired pretty quickly, but writer-director Ryan Calais Cameron shows the depths and widths of this subject, the many angles and refractions, and he finely laces what is incredibly serious and unsmiling with so much tenderness and humour. He’s not afraid to take a very sombre moment and morph it in to a joke and then back again, or vice versa. For example, Midnight (Kaine Lawrence) tells us how he lost his virginity when he was nine to his babysitter. It’s the sort of messed up story boys are made to feel they should brag about. But obviously Midnight is traumatised, and while he’s trying to downplay his trauma (“And I can see you lot looking at me like I’m a victim”) the group starts singing, “I just want you to know that you are really special” from Snoop Dog and Pharrell’s ‘Beautiful’. They start in earnest, gathering closer and closer, embracing him tight, eventually breaking into affectionate laughter.

This is just one of so many moments which aren’t simply one thing- funny or sad; silly or serious. And the performances reflect this atmospheric plurality: everyone is somehow both acutely self-aware and touchingly naïve; honest in their disagreements and yet open to change; able to flip a smile in to a grimace with one breath.

Obviously this safe space is a fantasy, but these characters are so multifaceted, their interactions so genuine, it feels like maybe there’s a future where this kind of open dialogue could really exist.

Anna Reid’s design works in perfect tandem with this idea, using bold block colours to create a space that is both welcoming and Utopian. Layered with Rory Beaton’s equally bold lighting design, it feels isolating and inclusive in turn, giving each character their moments of solitude and fraternity.

And the dancing, and the singing, and the almost jukebox-style curation of a flawless soundtrack. There is so much to wax lyrical about. Each performer is so in sync with his part, it feels like it must have been workshopped, but I don’t see how given that the script is basically an epic poem.

Such a special, important piece of writing, and beautifully executed. 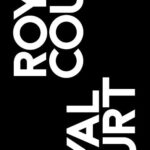 Reviewed by Miriam this year: