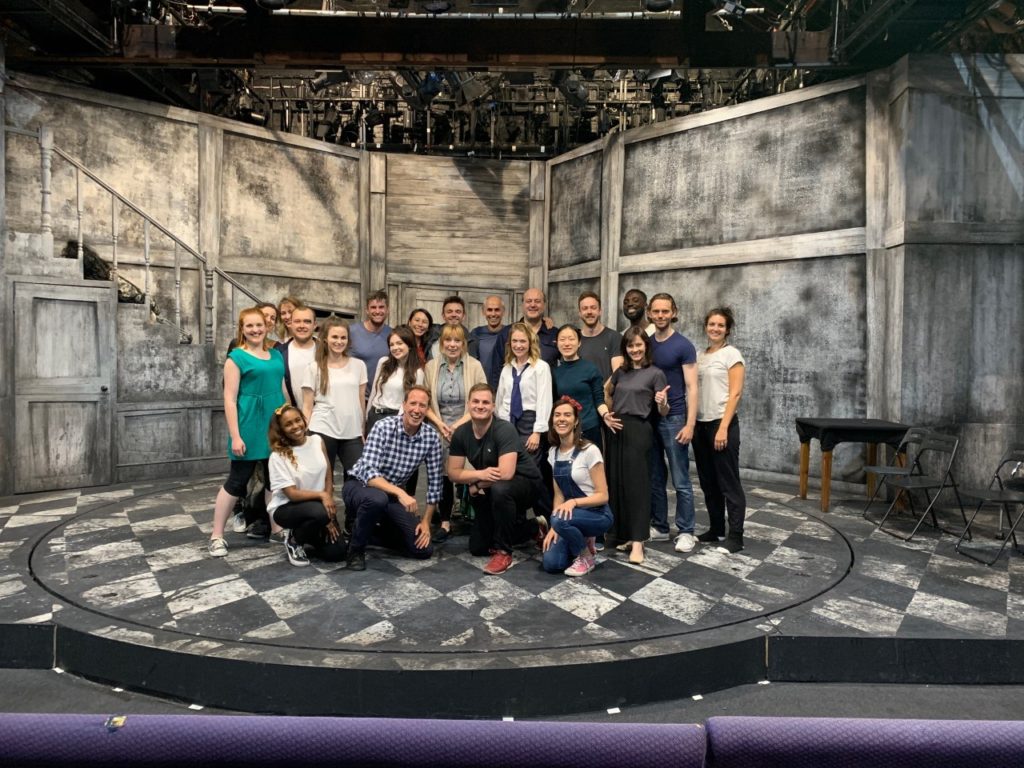 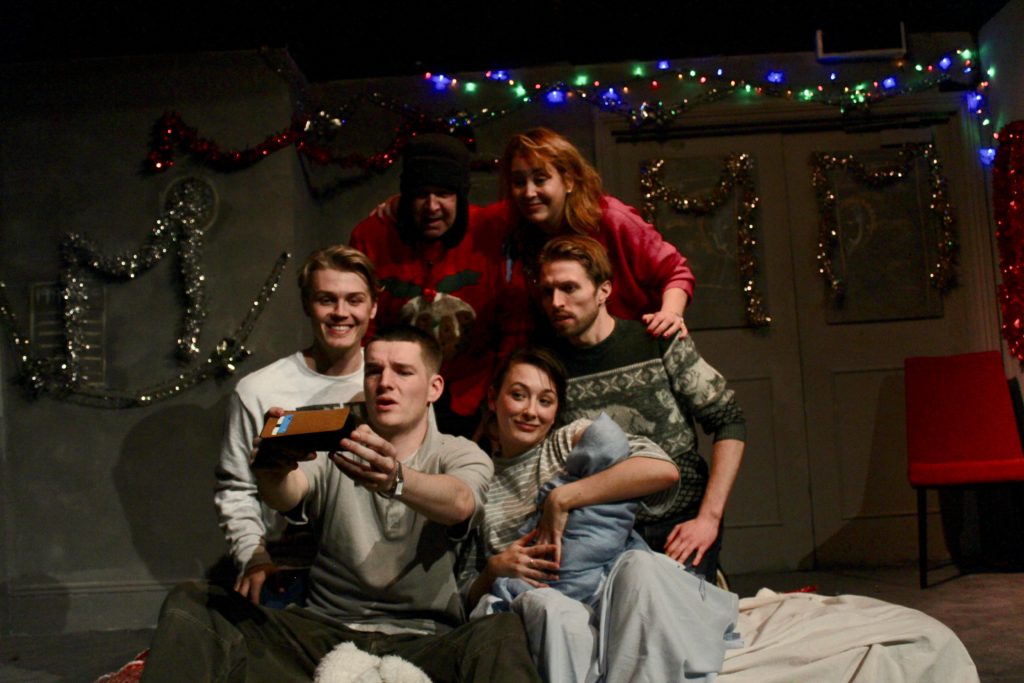 It’s not a new idea to wonder how the birth of Jesus would have occurred in modern-day Britain, what is new is to approach that question with humour, quick wit and some subtle seriousness. Timothy Blore’s one-hour production is a re-telling of the nativity story where year zero Bethlehem is swapped for 2018 Billericay (think “there’s no room at the inn, the Holiday Inn”) and, whilst it consists almost entirely of nose-tapping references and snappy one-liners, does manage to land as a substantive critique of the moralising upper middle class of this country.

We open with a family of four playing Trivial Pursuit and a sharpened script driving a worryingly accurate portrayal of a mid-life Christmas with grown-ish children. Banter flies across the board as Linda and Michael (Gillian King and Chris Pickles) lead their family in what many in the young audience would recognise as a harrowingly accurate portrayal of being simultaneously berated with and embarrassed by your parents’ experience, knowledge and lifestyle. Matthew (Jack Forsyth Noble) and Luke (Jonathan Savage) are recognisable but not stereotyped; they are young men looking to establish themselves without actually rebelling against their life of plenty. The payload of the show is delivered in the last half an hour as Maria (Bella Nash) and Joe (Clemente Lohr) arrived after being made homeless, and ask if they can sleep inside, only to be placed in the shed.

A serious theme is smuggled to the audience inside the banter and references, giving the solid foundation necessary for the joking not to seem frivolous and self-aggrandising. But the message is simple and summed up most memorably with “you must live on cloud Corbyn if you think we’re going to let a couple of gypos stay”. A great script was delivered well by the entire cast ably directed by Scott le Crass. The rehearsal and thought that had clearly gone into the show led to both clarity and great amusement.

At times the piece serves the clever references of the writer, not the other way around but it’s hard to care when there is such fun and wit scattered throughout. Ultimately, Alternativity is a clever little show full of disguised thoughtfulness which lands with tight performances and commitment on stage and off.