THE SOLID LIFE OF SUGAR WATER at the Orange Tree Theatre 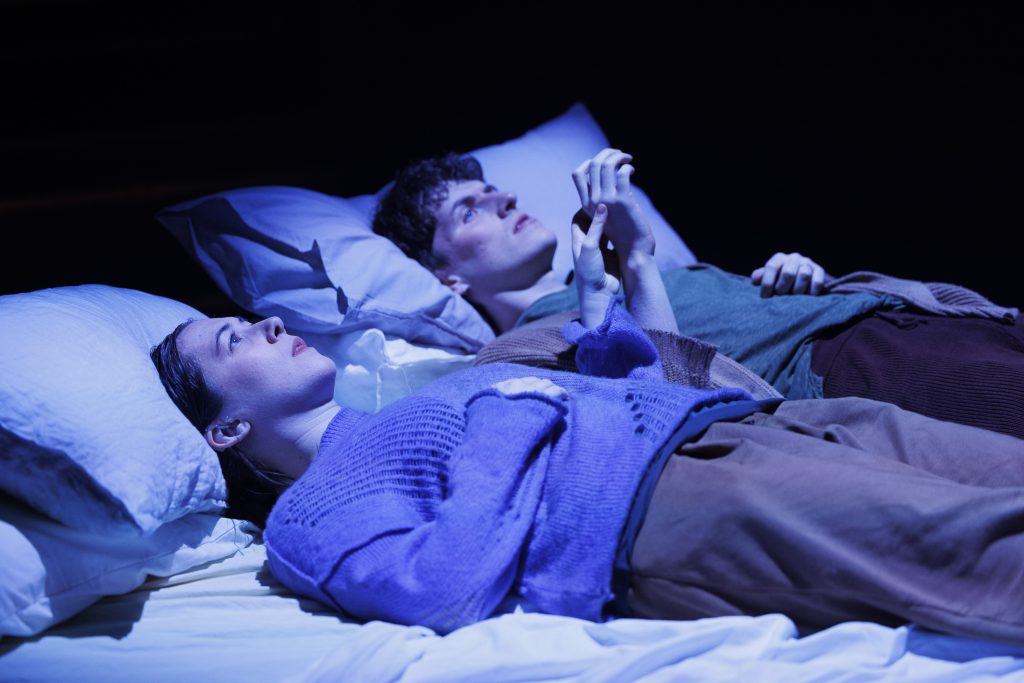 “Both Katie Erich and Adam Fenton are immaculately cast. Initially seeming a strange match, they grow in strength as a couple before our very eyes”

In the programme, before any cast information or plot summary, Dr Michelle Tolfrey talks us through how best to support a friend who has lost a baby. Because of course, it’s such a fragile, awful situation in which, as she says, “you feel terrified of every word you say.” And despite the frequency of the tragedy in this country (director India Lown-Collins says that there were 2,597 stillbirths in the UK in 2021) we don’t really talk about it, because it feels so impossible to begin the conversation.

In this case, it begins with the least sexy sex scene- “Neither of us has washed in weeks”- both in thick knits and woolly socks, and using pillows and bed sheets to demonstrate physical intimacy, despite being only centimetres away from each other. One might easily mistake this for a comedy.

But this awkward, silly scene continues, spliced throughout, first in the telling of how Alice and Phil met, through their courting, to the first years of marriage, and finally to the pregnancy, and its premature termination. Suddenly this sex scene is not so funny, and the reason it’s not sexy is also the reason that despite how horribly awkward and seemingly unpleasant it appears to be, they insist on carrying on. Because at some point, they have to try to carry on.

I’m sorry I’ve told you the whole plot, but it doesn’t really matter. You already know where this is going as soon as you hear the subject, and ultimately it becomes a matter of degrees of tragedy: After something so awful happening to a young couple, can they make it through together?

Both Katie Erich and Adam Fenton are immaculately cast. Initially seeming a strange match, they grow in strength as a couple before our very eyes. Fenton’s enthusiasm and earnestness counters Erich’s bold forthrightness, and both are unafraid to show their innards without warranting much explanation. In fact, this is a theme of Jack Thorne’s play, that we are so entirely within the heart of the tragedy that lengthy explanation is superfluous.

Both leads have disabilities, but this is only worth mentioning because it’s near entirely irrelevant, except to say that director Indiana Lown-Collins has humbled the West End in their lack of inclusivity, showing how utterly immaterial disability is to quality of performance.

Ica Niemz’ design isn’t wholly unexpected, mostly taken up by a big bed that is made and unmade throughout. But it feels completely fitting for a story that, despite taking place largely in other rooms- hospital, cinema, gallery, post office- is always circling the marital bed.

Thorne has found a way to speak the unspeakable, with so much humour and humanity, my heart still hurts thinking about it the next morning. 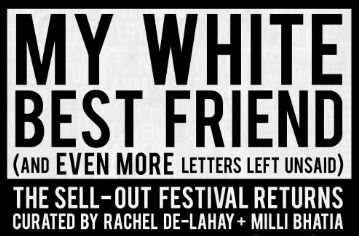