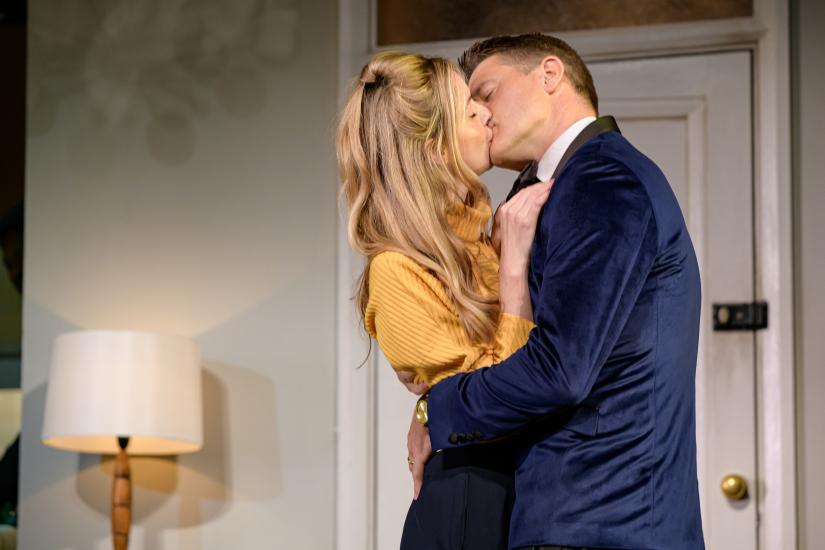 Retired tennis player Tony (Tom Chambers) hatches a plan to murder his society wife Margot (Diana Vickers) in revenge for her affair with film script writer Max (Michael Salami), requiring Inspector Hubbard (Christopher Harper) to investigate the ensuing proceedings. But that’s enough of the plot of this early genre-defining murder mystery – there are no spoilers here.

For a show that takes a telephony reference for its title – NB. for younger audience members, the letter M was included with the number 6 on an old-style telephone dial – it is no surprise that the telephone, positioned centre stage, has an important role in this play. A pity that the sound effect of the telephone ringing is rather underwhelming and that the too similar sound of the doorbell, on occasions, causes confusion.

All the action takes place in the living room of Tony and Margot’s Maida Vale flat (Designer David Woodhead). A large sofa takes up centre stage, the front door to the apartment at the rear and a pair of French windows to the side leading out past some fine-looking greenery into the sun-lit garden. It is up to Margot and the semi-undressed Max to set the scene for us. With a lot of narrative to get through, and whilst facing up-stage, some of Michael Salami’s diction is not completely clear. Diana Vickers’ performance is sublime. Her text is beautifully precise and, over the course of the evening, we see her turn convincingly through a range of emotions from the alluringly flirtatious to the hysterically distraught.

It is mentioned that Margot enjoys staying in to watch plays on TV, which is a nice touch as this play by Frederick Knott received its first public airing as an episode of BBC Sunday-Night Theatre back in 1952. It was Alfred Hitchcock’s 1954 film adaptation, with a BAFTA winning performance by Grace Kelly, that brought fame to the play and the lighting design (Lizzie Powell) pays homage to this with beautifully cast shadow effects onto the white walls. Another effect of dipping the central lighting in the room at particular moments in the narrative is less successful.

Director Anthony Banks moves his four actors around the stage – circumnavigating the central sofa – with skill and dexterity. Tom Chambers’ pointed features and angular movements lift his character directly from the pages of a graphic novel. If he doesn’t always appear callous enough for his proposed actions, there is one exquisitely foreboding moment as his false smile turns in slow motion into a rictus grin whilst an unseen clock ticks loudly down the seconds.

Christopher Harper, playing a double role, first appears as Captain Lesgate – suave and debonair but with a chequered history – before taking on the dogged figure of Inspector Hubbard. Played in the tradition of the all-knowing detective, Harper’s performance is compelling. With nervous energy and vocal trickery, the Inspector’s after-thoughts are, of course, the crux to detecting the calumny and the audience wills him on to uncover the truth.

This play is a most enjoyable light entertainment and, despite the word Murder in its title, an amiable drama with more than a few laughs and with only a little threat to the watching audience. 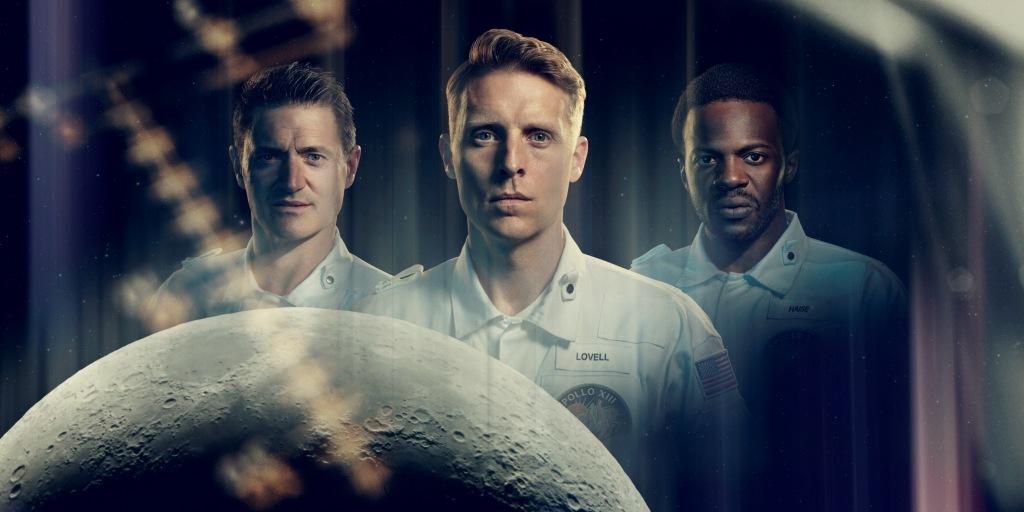