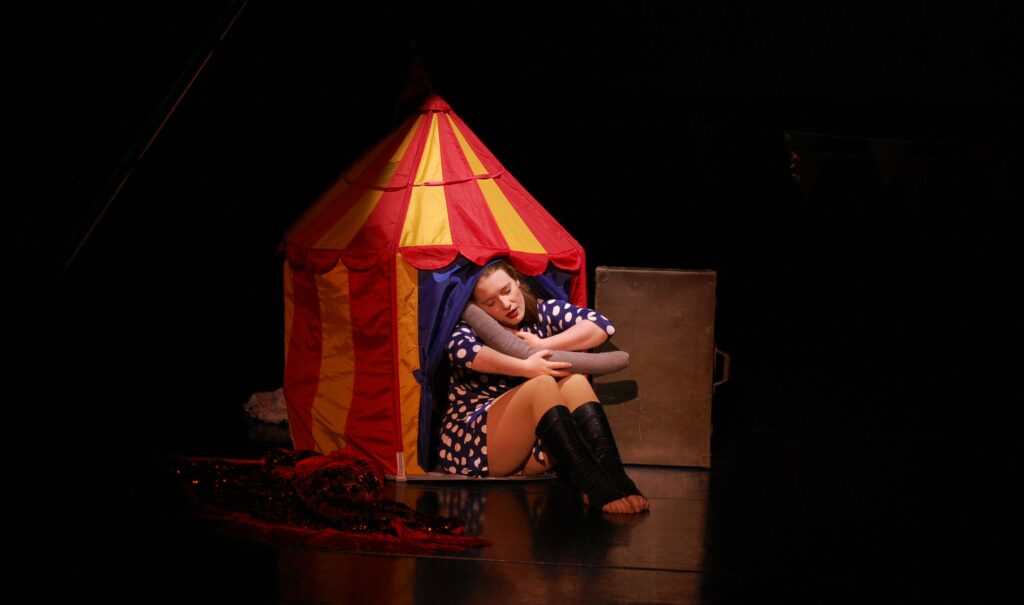 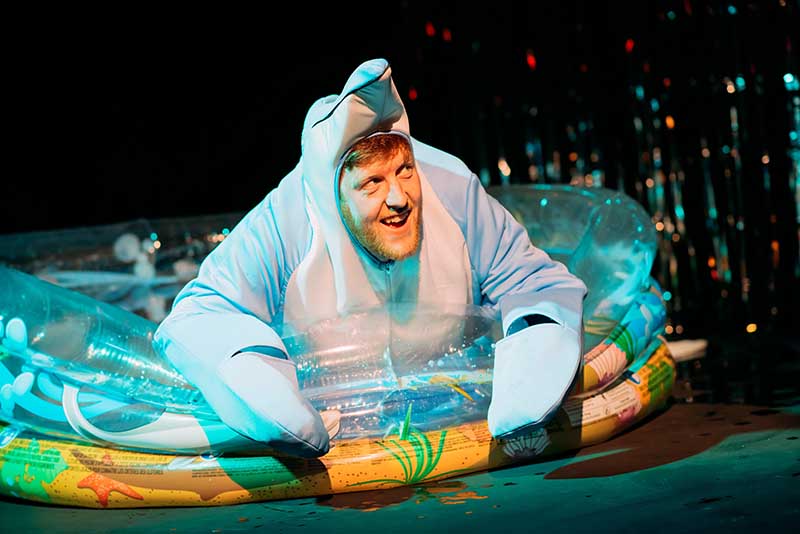 “in a play about communication, its message at times became unclear”

Can humans and animals have conversations? If something is forced to speak, does what they then say hold meaning? At what point does communication fail?

These are all questions that were posed in the innovative two-hander ‘Like Animals’. The piece was created and performed by the real life couple Pete Lannon and Kim Donohoe. The performance intertwined snippets of them talking about their relationship, with true case studies of animal experiments. The examples used were of Irene Pepperberg who taught her parrot, Alex, over 250 words, and Margaret Howe Lovatt who tried to make Peter, a dolphin, speak. While these events occurred over fifty years ago, the questions raised still have relevance. Lannon and Donohoe multi role as themselves and the animals and their trainers. This was made clear through distinctions in body language, voice and simple stylistic choices such as a sprinkle of feathers to symbolise the parrot and a splash of water to the face to portray the dolphin. This had the effect of making the line between human and non-human appear fine as we watched the actors go in and out of character.

The lighting (Benny Goodman) and sound (Michael John McCarthy) was consistently used to good effect throughout. The lighting was intricate, switching between disco colours and precise spotlights to create different atmospheres. Additionally, music and animal sound effects made the audience feel as if they were underwater or in a cage.

The play worked on a kind of parallel structure, flitting between the lives of the animals and the actors. Often lines that were said to the animals in training such as to say the phrase ‘better’, were also used between the couple. A poignant example of this was when Lannon said ‘I love you’ and was asked repeatedly to ‘do better’. This became uncomfortable to watch when applied to humans, highlighting the double standard between how we treat animals in comparison to others.

While the message of the piece was at some points clear, at others it became murky and confused. The direction (Ellie Dubois) used a lot of long pauses and had the actors break the fourth wall. The most obvious use of this was in the line ‘shall we move on to the next bit now’. This constant referencing to the play itself became forced and self-indulgent. The really interesting part of the narrative – what happened to the animals themselves – was skimmed over in favour of an abstract explorations of the real couple’s relationship. I left wishing to know more about the experiments themselves, but instead the play assumed that this was common knowledge.

This show raised important questions about inter-species connections. In an age where we are more conscious of our impact on the planet, this play analysed our need to connect with each other and our world. Ironically, in a play about communication, its message at times became unclear. At the end, perhaps style overtook content, and a more straightforward delivery might have resulted in a stronger message.