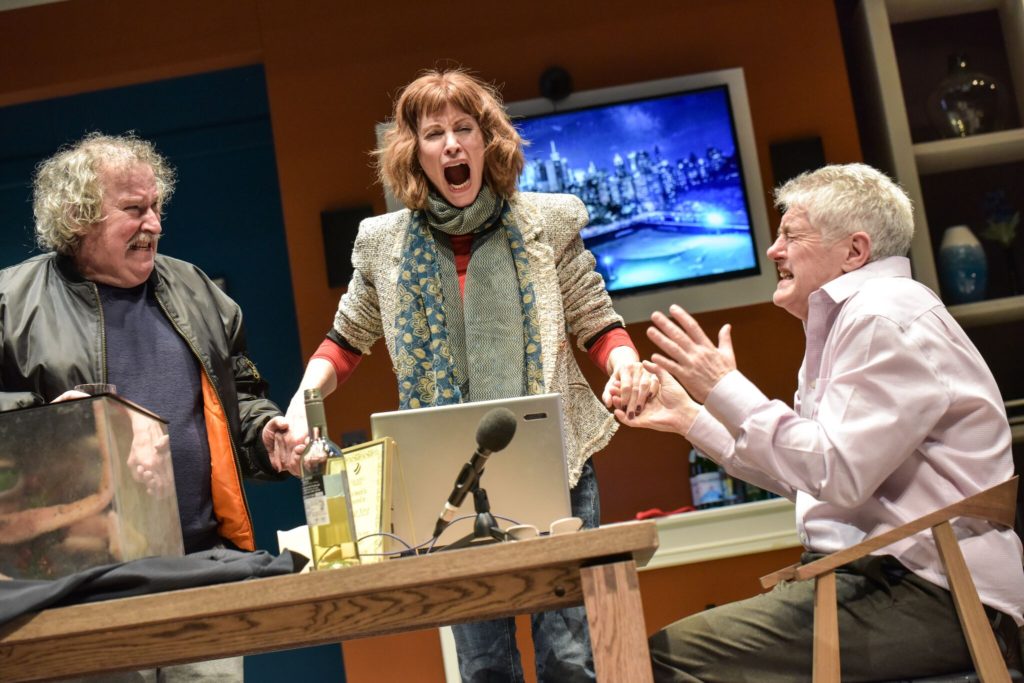 “In spite of the dogged efforts of the cast, the audience just didn’t get many of the jokes”

Billed as ‘an instant modern classic like ‘The Play that Goes Wrong’’, Jack Milner and Mark Stevenson’s ‘Octopus Soup!’ is a new British farce, developed and premiered by the Belgrade Theatre, Coventry, before a national tour which continues to May 4.

Where would theatre be without farce? At its best and in the hands of masters like Ayckbourn or Feydeau its ingredients are brilliant wit, sexual intrigue, and a lot of ‘business’ as comedic stereotypes get utterly confounded by impossible situations. But is the recipe right for this particular bouillabaisse?

‘Octopus Soup!’ has an accomplished and hard-working cast, admirably led by Nick Hancock, who helped to create and then presented ‘Room 101’ for seven years from its inception in 1992. He plays the risk-averse but increasingly desperate insurance man Seymour Norse who is about to make the biggest presentation of his life to the CEO of GIT, a troubled insurance company (an authoritative and satisfying performance by Gillian Bevan, who recently appeared as Theresa May in Channel 4’s ‘The Windsors’).

Before a word of dialogue is spoken, Seymour Norse has lost his trousers. A predictable enough part of the mix, but pretty wasted at the top of the show. The arrival of a blundering burglar (a smart performance by Paul Bradley) stirs up the plot, which then takes a few fishy twists before a fairly predictable ending. Norse’s nervy wife is wittily played by Carolyn Backhouse, a regular at the Chichester Festival Theatre. Eric Richard makes a satisfying appearance as a nasty underworld boss with a taste for seal sanctuaries. Terry the octopus twitches, a bullet is fired. Thanks to a well-known casserole company, which got the biggest laugh of the evening, someone is dead, or are they? So much for the slide presentation and for the plot, which stretches pretty thinly over the evening.

Actors often say that a play that seems lack-lustre one night will shine the next, simply because of the mood of one audience compared to another. I have to report that the audience in Windsor on Monday weren’t hungry for octopus soup. The fault seemed to lie not with the performances, or the set, or even the slightly dodgy sound effects, but with the writing. Many of the jokes relied on fairly improbable malapropisms of the ‘Ethics? – I come from there!’ kind. In spite of the dogged efforts of the cast, the audience just didn’t get many of the jokes, particularly in the limping first act.

The final line sank like a damp soufflé, and the cast seemed only too quick to leave the stage. Previous shows covered by this reviewer: 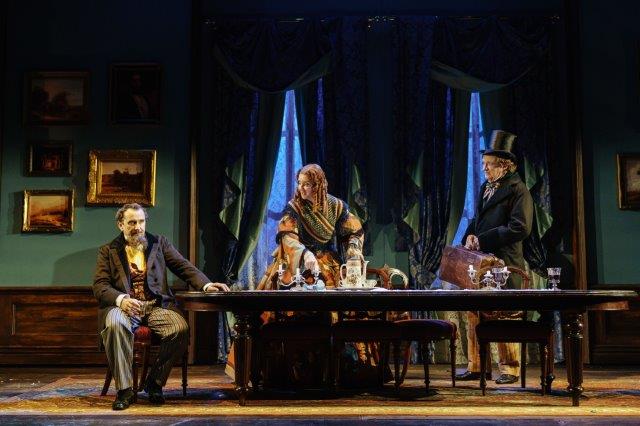